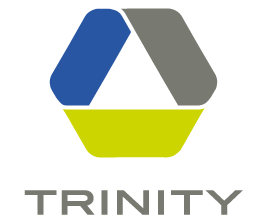 An increasing number of IP cameras allow third-party software applications to be run inside the camera. Examples include cameras from Samsung Techwin, Axis Communications, HIKVision, AMG Panogenics, ISD, and UDP with many other manufacturers rapidly following suit.

These “open platform” cameras are generally aimed at supporting video analytics applications, but are, with the right software, capable of much more. Veracity has developed dedicated software for such cameras which writes video, audio and meta-data directly to a hard disk array. This “direct-to-disk” concept completely removes the need for NVR servers resulting in substantial savings on server hardware and NVR software licences whilst reducing system complexity and increasing system resilience. The front-end client system can be anything from a simple PC playback system to a full-blown broadly-integrated PSIM operator workstation. This simple system architecture is called TRINITY.

The difference between traditional enterprise video surveillance and TRINITY system architectures is illustrated graphically in the two diagrams below:

TRINITY is made possible by the combination of Veracity’s advanced camera code and the COLDSTORE surveillance storage system. COLDSTORE is a network-attached storage array designed specifically for video surveillance. By eliminating the key causes of hard disk failure (temperature, vibration, wear) through the use of a unique and patented sequential storage array, mirrored overlapping-pair writing pattern and sequential disk filing system, COLDSTORE not only increases disk reliability by a factor of 20, but reduces power consumption by a factor of 10 or more, loses no data in the event of a disk failure during writing and requires no disk rebuild process. As COLDSTORE records sequentially, each disk contains a specific recording time-span and any disk may be independently removed for bulk evidence extraction and replay.

TRINITY recordings can be played back by Veracity’s own VIEWPOINT Player utility or, more significantly, by any third-party PSIM or VMS front end system which incorporates the simple TRINITY Media SDK. Example PSIMs which are integrated with TRINITY include ISM, Meyertech, Visual Management Systems, i-Comply and Synectics. The result is a simplified, serverless, robust, highly scalable and very cost-effective video management system with innovative features such as camera-level fail-over, optional dual-stream or redundant recording, resilience to network interruptions via internal camera recording, and all the existing benefits of the highly successful and award-winning COLDSTORE surveillance storage system.

We are the IP video surveillance specialist with hundreds of satisfied customers, including the largest companies in the DACH region.

VTIS works solution-oriented - your specifications are our first priority. So don't hesitate to contact us for a non-binding consultation. Open CALLBACK form >>

All services at a glance. Please click on one of the links to get to the corresponding page.